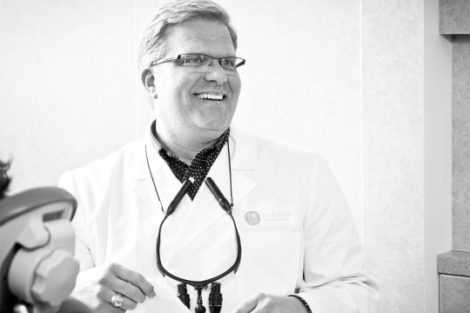 Dr. Micah Jeppesen, D.D.S., was born in California, in March of 1965.  He graduated from Joshua High School in 1983 and the University of Texas in 1989.  He received his Doctor of Dental Surgery degree from the University of Texas Health Science Center San Antonio, Texas in 1993 and was shortly thereafter commissioned in the United States Air Force Dental Corps.  Stationed here in Nebraska, he and his family developed a love for the people and climate of the region.  They decided to make Nebraska their home.

Dr. Jeppesen received outstanding training from the Air Force, even serving at Guantanamo Bay, Cuba, where he enhanced his diagnostic and emergency skills under less than ideal conditions.  He is currently a dental advisor and consultant to several local nursing homes and alternative care facilities, and in 2016 was ranked as one of the top 100 dentists in the United States.

His attention to detail, focus on service & family, and pursuit of excellence have allowed him to develop one of the most successful and respected practices in the midwest.  Recently ranked as one of the top 100 dentists in the nation, he proves to his patients on a daily basis his unwavering commitment to top-of-the-line dental care.  He understands that having healthy teeth means more than having a pretty smile, and so he offers a wide range of procedures and expertise backed by excessive amounts of continuing education coursework.

Dr. Jeppesen and his wife Carolyn have two sons, one daughter, and three grandchildren.  Both of his sons are currently attending dental school and will be joining the practice in just a few short years.  He looks forward to working with his sons and serving the Papillion community for many years to come, building on the tradition established in 1997. 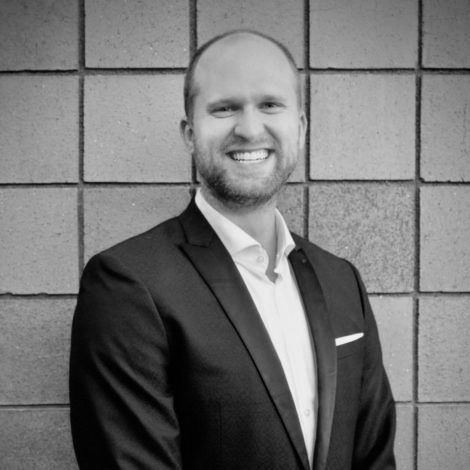 Dr. Palmer Jeppesen, D.M.D., is vibrant, energetic, and truly cares about everyone he comes in contact with. It is evident that he gives his all to being an exceptional dentist for every patient he has the privilege of caring for.  Although Dr. Palmer has been in practice for a relatively short period of time, he has already received numerous awards acknowledging his advanced operative skills, as well as awards for his exceptional patient care and satisfaction. When asked what motivates his excellent clinical approach, he stated:

“I love what I do and I love the people I do it for. I am continually amazed at the impact a healthy smile has on an individuals personal life and it is my absolute pleasure to play a small part in improving someones life through their smile!”

Dr. Palmer was born in San Antonio, Texas during his fathers third year of dental school. Immediately after graduation, his father joined the Air Force and was assigned to Offutt Air Force Base in Omaha, Nebraska.  Nebraska has been the only home Dr. Palmer has really ever known and loved. He graduated from Gretna High School in 2009. In 2016 he graduated Summa Cum Laude from the University of Nebraska at Omaha with a B.S. in Biology with a minor in Chemistry. He was accepted to Midwestern University – Arizona College of Dental Medicine in 2016 spending the next four years mastering the latest in dental procedures and technology, and receiving his DMD [Doctorate of Medical Dentistry].

Throughout his dental education Dr. Palmer has shown exceptional proficiency in his clinical skills and found himself frequently referred patients who presented with more complicated disease processes. This advanced clinical education has played a key role in his passion for advanced dental procedures such as full mouth rehabilitation, implants, and esthetic dentistry. With these tools in hand, Dr. Palmer is well equipped to treat each patient’s unique health situation at Papillion’s premier dental experience: Your Family Dentist.

Joining the Practice - Summer of 2022

Addison is currently attending dental school at Creighton’s own school of Dentistry here in Omaha, NE.  With the help of his incredible wife, Allie, and their three beautiful children, Lilia, Finn, and Oliver.  He will be completing his D.D.S degree in the summer of 2022.  He will also graduate with his masters in the Anatomical Science of Oral Biology making him highly skilled and trained in human anatomy, and enhancing his clinical diagnostic ability.  He is elated at working with his father and brother, and continuing the family traditions of exceptional clinical excellence and compassionate patient care, long established by Dr. Micah Jeppesen